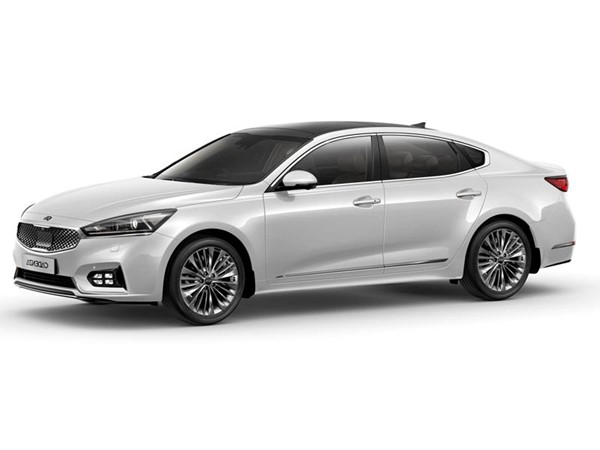 (SEOUL) March 23, 2016 – The Big Apple today is playing host to the world debut of the all-new 2017 Kia Cadenza at the New York International Auto Show. The stunningly beautiful Cadenza improves upon all the elements that made its predecessor an award-winning success, boasting a precisely crafted cabin, cutting edge technology for connectivity and driver assistance, a stronger body structure, and powertrain enhancements for a more premium experience behind the wheel.

“The new Cadenza adds an extra dose of excitement to the large-car segment with its striking, aggressively handsome looks and premium refinements,” said Orth Hedrick, vice president of product planning, Kia Motors America. “Everything you see and touch in the Cadenza’s cabin has been improved, but it’s underneath where the Cadenza truly shines with a stiffer and lighter chassis, eight-speed transmission and vastly improved driving dynamics.”

The second-generation Cadenza is set to go on-sale in late 2016, and pricing will be announced closer to the vehicle’s launch date.