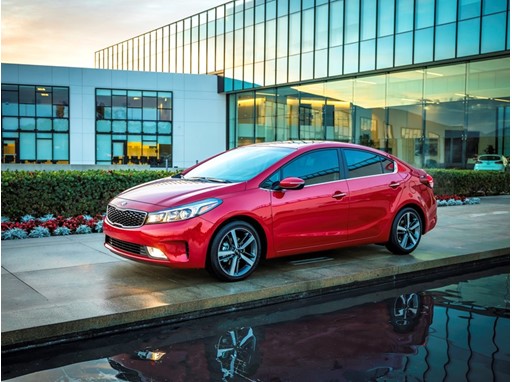 Award Cements Forte as a Leader in the Compact Sedan Segment
The Insurance Institute for Highway Safety (IIHS) has awarded its best rating possible, Top Safety Pick Plus (TSP+), to the 2017 Kia Forte built after March 2017 when equipped with optional front crash prevention and high intensity discharge (HID) headlights with Dynamic Bending Light. This top safety award came right on the heels of the Forte being named highest-rated compact car in the 2017 J.D. Power Initial Quality Study (IQS), which measures consumer satisfaction and the least number of issues in the first 90 days of ownership.
“Kia Forte is one of our most popular and best-selling vehicles,” said Orth Hedrick, vice president, Product Planning KMA. “The new distinction of TSP+ rating from the highly-respected IIHS reconfirms the high priority we place on safety for our customers and why Forte remains a favorite in the compact sedan class.”
To qualify for TSP+, the IIHS testing parameters require each vehicle to earn “good” ratings in five crashworthiness tests – small overlap front, moderate overlap front, side impact, roof strength and head restraints – as well as an “advanced” or “superior” rating for front crash prevention and an “acceptable” or “good” rating in headlight testing.