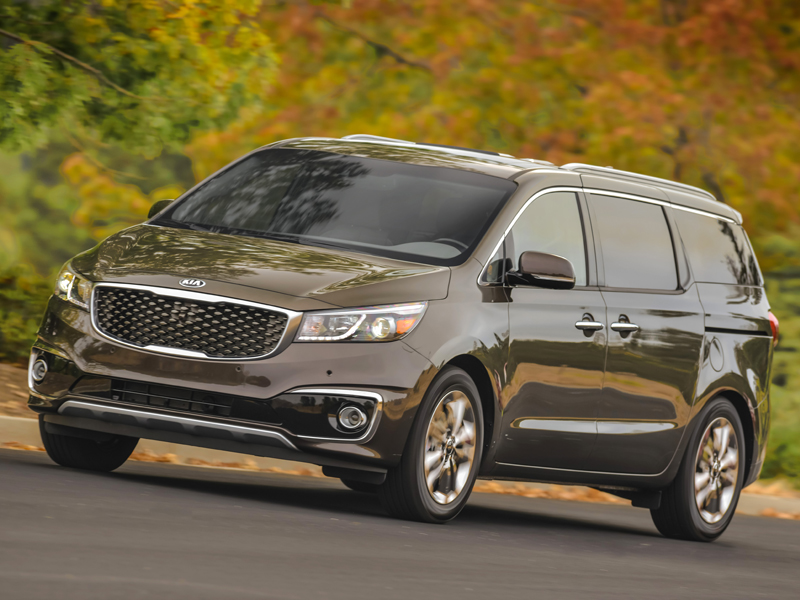 New Award Confirms Sedona’s Place atop Minivan Market
IRVINE, Calif., Oct. 4, 2016 —The Insurance Institute for Highway Safety (IIHS) has awarded its best rating possible, Top Safety Pick+, to the 2017 Kia Sedona minivan. Already distinguished by its elegant design, exceptional comfort and utility, the 2017 Sedona is offered with available Autonomous Emergency Braking (AEB), a system that helps to avoid forward collisions by warning the driver of an impending forward collision and then applying the brakes if no action is taken. The addition of AEB qualified the 2017 Sedona for the elevated 2016 IIHS TSP+ rating.
“Buyers often place safety at the top of their list when shopping for a new minivan,” said Orth Hedrick, vice president, product planning KMA. “The IIHS is a highly respected safety authority and we see the 2017 Sedona’s TSP+ rating as validation of Kia’s dedication to its customers and to the continuous efforts to build better and safer vehicles.”
The top rating is even more impressive in light of the new testing standards implemented by IIHS this year. In order to achieve the TSP+ rating, vehicles are required to earn “good” ratings in five crashworthiness tests—small overlap front, moderate overlap front, side impact, roof strength and head restraints—and an “advanced” or “superior” rating for front crash prevention. The addition of AEB boosts the Sedona’s front crash prevention rating from “basic” to “superior.”
The TSP+ rating improves the Sedona’s previous rating as a Top Safety Pick and compliments the minivan’s 5-star crash rating awarded by the National Highway Transportation Safety Administration in 2015.