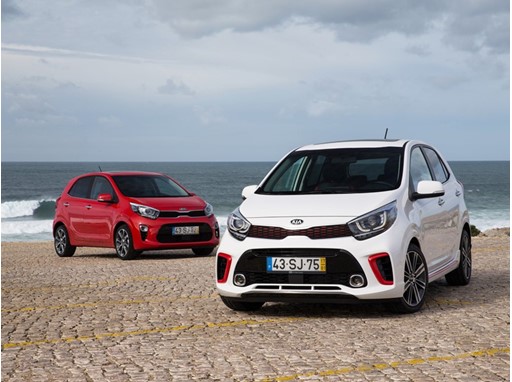 The all-new Kia Picanto city car has been revealed to European media for the first time today ahead of its public debut at the 2017 Geneva International Motor Show in March. The new Picanto will go on sale across Europe from the start of Q2 2017.
Now in its third-generation, the new Kia Picanto brings a new, more youthful and energetic character to the A-segment. Boasting an assertive new design and a high-quality, high-tech new cabin, the latest model also offers buyers greater potential for customisation and promises to be the most versatile car in its class.
The new Picanto will be powered by one of three gasoline engines, including Kia’s new 1.0-litre turbocharged gasoline direct injection (T-GDI) power unit. When the new 1.0-litre T-GDI engine goes on sale during Q4 2017, it will be the most powerful engine ever offered in the Picanto, and the first time this car has offered a turbocharged gasoline engine.
Michael Cole, Chief Operating Officer of Kia Motors Europe, comments: “The Picanto is one of Kia’s best-selling models around the world, and has a particularly strong fan base here in Europe.
“Our European customers have told us that they love the design of the outgoing Picanto. They love its low running costs, its compact dimensions for city driving, and the high level of equipment available for the money. The new model retains these strengths, and now offers a new level of dynamism and performance, as well as introducing the latest technologies for in-car connectivity and enhanced safety. For these reasons we are confident that the new Picanto will help us further build our profile and market share in this very competitive segment.”
Worldwide, more than 1.4 million of the current-generation Picanto have been sold since it was launched in 2011, with more than 300,000 of those sold in Europe. Despite the car approaching the end of its lifecycle in showrooms, Kia sold more than 55,000 Picanto models in Europe in 2016, representing year-on-year sales growth of 3%.