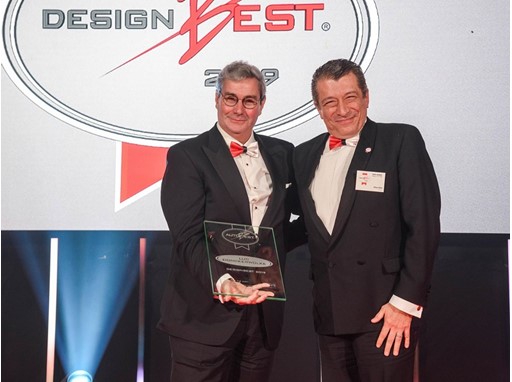 Hyundai Motor At the 19th edition of the AUTOBEST awards, Hyundai Motor Group’s Chief Design Officer Luc Donckerwolke was presented with the DESIGNBEST award. He becomes the newest member of AUTOBEST’s ‘DESIGNBEST Hall of Fame’ dedicated to the most successful designers in the automotive industry.

“At AUTOBEST we have followed the outstanding work of Luc for many years, including his career at some of the most iconic car brands, including Audi, Bentley and Lamborghini. During the last few years we have recognized Luc’s impact at Hyundai and Kia, while he has also played a key role in shaping the Genesis brand. This and the most recent highlight in his career, being appointed as Chief Design Officer for the Group, lead us to make him a member of our unique Hall of Fame,” said Dan Vardie, Founder and Chairman of AUTOBEST organization. “At the age of 54, Luc is one of the youngest members of the DESIGNBEST Hall of Fame, and we will surely see a lot of him in the coming years. In the era of green, connected and autonomous mobility he is one of the key car designers globally, shaping how design will adapt to disruptive change.”

“I am proud to receive this accolade and to become part of the DESIGNBEST Hall of Fame. In my career I had the privilege to design the most beautiful cars for many exciting brands, and to accept fantastic opportunities like designing for Hyundai, Kia and Genesis. It has been a thrilling and fantastic journey so far, and I am excited for the next steps to come”, said Luc Donckerwolke.

Prior to joining the Hyundai Motor Group in 2015, Donckerwolke worked for many years at the Volkswagen Group, where he was involved in the development of the Audi A2, Lamborghini Murcielago and Gallardo. In 2012 he became head of design at Bentley and led the development of the EXP 10 Speed 6 concept car. In 2015 he moved to Hyundai where he worked on the company’s new luxury marque – Genesis. In 2016 he was appointed head of the Hyundai Design Center, before moving up to Chief Design Officer in 2018.