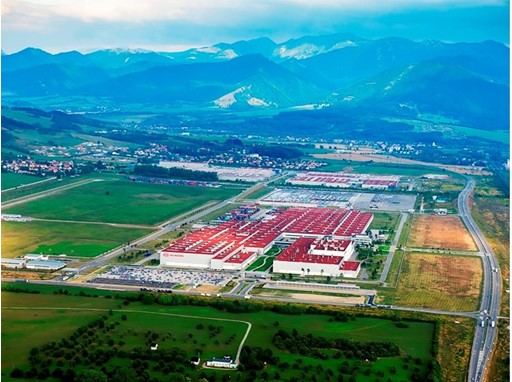 Green areas are located at every single one of Kia's global production facilities: at Sohari, Hwasung and Gwangju in Korea; Žilina in Slovakia, Europe; Georgia in the USA; and in Yancheng Province, China. The changes are revealed in Kia's annual 'MOVE' sustainability report.

Kia Motors sees afforestation as a cornerstone for developing even more eco-friendly production facilities and, by the end of 2015, the company had planted a total of 4.94 million trees at its manufacturing facilities. The planting of trees at each production site helps absorb carbon dioxide from the atmosphere. With a single tree able to absorb up to 22 kg of CO2 per year, around 107.5 million tons of CO2 are absorbed as a result of afforestation by Kia.

As a result of Kia's ongoing efforts to introduce a higher proportion of green areas at each of its production facilities, the company has managed to avoid any instances of soil contamination at any of its production sites since 2000.

In 2015, Kia invested 38.5 billion Korean won (US$32.5 million) in green initiatives at its three domestic Korean plants to further prevent potential environmental issues at source. Year-on-year, this investment is 50% higher than in 2014, and many of the new initiatives – such as hazardous substance-free manufacturing and painting processes – will be rolled out across Kia's global manufacturing facilities in the near future.

Kia Motors is committed to pursuing effective innovations and improvements to production processes at every one of its global production facilities, in order to further reduce its impact on the environment. The company's efforts in this regard, along with the development of alternative powertrains and the use of recyclable, eco-friendly materials in its vehicles, have been recognized by Interbrand, the world's leading brand consultancy. Interbrand included Kia in 35th place in its most recent Best Global Green Brands report.