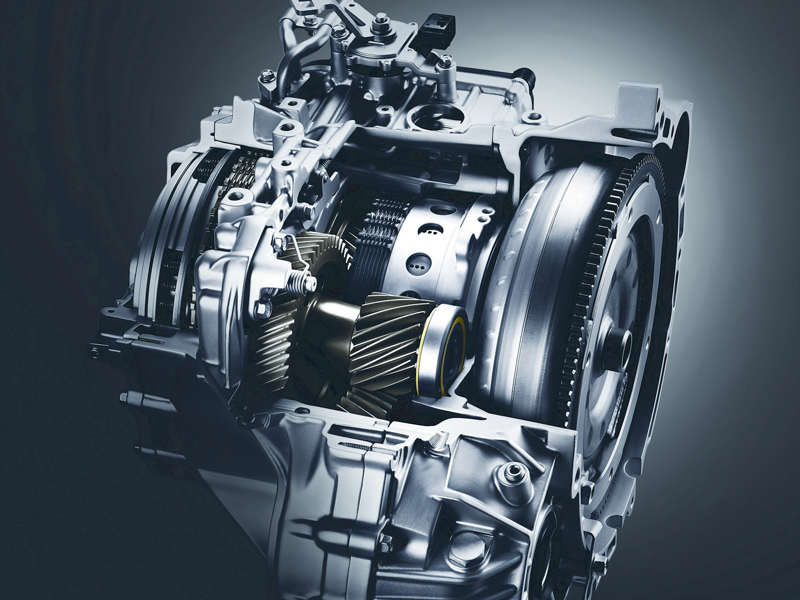 Kia Motors has revealed details of its advanced new eight-speed automatic transmission (8AT), engineered for use in front-wheel drive vehicles.
Kia’s new front-wheel drive 8AT (FWD 8AT) has been developed in-house by the Korean manufacturer, engineered to offer a high level of mechanical efficiency and smooth gearshifts. Crucially, the new FWD 8AT occupies the same space as a conventional six-speed automatic transmission, and weighs 3.5 kg less.
Kia’s engineers already have experience of developing eight-speed transmissions for rear-wheel drive vehicles, mounting the transmission longitudinally and sending power to the rear axle. However, incorporating the same number of gears into a front-wheel drive car is incredibly challenging, due to packaging constraints and the need to mount the transmission transversely, competing with the engine, suspension and auxiliary components for space under the bonnet.
Intelligent packaging and 143 new patented technologies
Under development since 2012, the development program for the breakthrough transmission led Kia to patent 143 new technologies to ensure a high level of performance and efficiency in a compact structure. This new transmission enables smooth acceleration from standstill, as well as greater fuel efficiency, improved NVH characteristics, and more decisive acceleration at high speeds than an automatic transmission with fewer gears.
To improve the 8AT’s fuel economy, Kia engineers significantly reduced the size of the oil pump (the main source of power loss in an automatic transmission) and simplified the structure of the valve body. Boasting the smallest oil pump of any production transmission in its class, the 8AT is able to use hydraulic oil more efficiently, distributing it evenly throughout the unit at all times.
Kia’s development teams also incorporated a direct control valve body to allow solenoid control of the clutch directly, rather than via several control valves. This enabled Kia to reduce the number of control valves from 20 to 12, resulting in quicker gear shifts, a more direct mechanical link to the engine and improved packaging.
Incorporating an additional clutch and gear over Kia’s existing 6AT, the ratio between the top gear and the lowest gear in the new transmission has been increased by 34% over the 6AT, resulting in greater fuel economy and improved NVH in higher gears and faster acceleration and climbing performance in low gears.
Transmission to debut in all-new 2017 Kia Cadenza
Kia’s new front-wheel drive 8AT is making its global debut in the 2017 Kia Cadenza – on sale across selected global markets this year – and is featured as standard on Cadenza models powered by the 3.3-liter V6 GDI engine.
Going forward, Kia’s new eight-speed automatic transmission will be applied to a number of mid-sized and larger front-wheel drive models, and will serve as a stepping stone to the development of future advanced Kia transmissions.