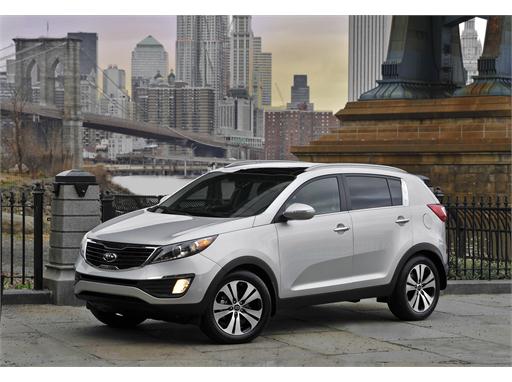 Adding another chapter to Kia's ever-evolving design transformation story, Kia Motors America held the North American debut of the all-new 2011 Sportage compact CUV in conjunction with the 2010 New York International Auto Show (NYIAS). Taking a "Kue" from Kia's concept vehicle of the same name that was shown during the 2007 NAIAS in Detroit, the completely redesigned Sportage offers a more urban and fluid silhouette than its predecessor while retaining the functional features and benefits of the popular CUV. Available multimedia includes still images, soundbites and unveiling footage from the 2010 NYAS as well as driving footage of the Sportage.