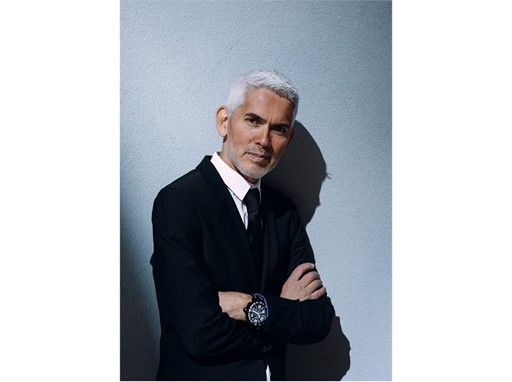 Kia Motors has appointed prominent car designer Oleg Son, 56, as Head of Kia Design China – leading the brand’s design activities in China and strengthening its design capability in the rapidly expanding Chinese market.
Son will be based in Shanghai as Executive Director and Head of Kia Design China. He reports directly to President and Chief Design Officer, Peter Schreyer, and Head of Kia Design Center, Seon Ho Youn, and is responsible for managing the Kia design team located in Yantai. He will work closely with the Hyundai-Kia R&D center in China, to strengthen and expand its design capabilities. He will also be working closely with other chief designers including Gregory Guillaume in Europe, Tom Kearns in the US, and recently hired Kia Head of Styling, Pierre Leclercq.
Son has extensive experience of designing production vehicles for global automobile brands, covering almost three decades at PSA Group. He worked on the Citroen C4 and was also involved in the Citroen ‘GT Gran Turismo’ and ‘Metropolis’ concept cars, which paved the way for the new premium DS brand. His most recent projects have been the acclaimed new DS3 and the distinctive new DS5. He was also responsible for launching PSA’s first satellite design studio, in Shanghai, in 2008.
Son has lived and worked in Asia, North Africa and the United Kingdom at various points in his life, and is fluent in both English and French. He has a degree in Industrial and Transportation Design from École Nationale des Arts Appliqués et Métiers d'Art in Paris, and another in Transportation Design from the world-renowned Royal College of Art in London, Son describes himself as a designer attracted by cultural diversity and looks back at his time spent working in China as a precious, inspiring, enriching human and cultural experience. He also cites it as his main source of inspiration.
“Oleg Son brings extensive experience in China and unparalleled market insight,” commented President Schreyer. “His experience and expertise will play a vital role in opening new opportunities for the Kia brand in the Chinese market.”
Son is joining Kia at the beginning of November and will be involved in creating a long-term design strategy in China, shaping the company’s design innovations with a focus on the development of new models specifically created for the Chinese market.
Biography – Mr. Oleg Son
2017 – Present    VP. Executive Design Director DS Premium line
2011 – 2017        Executive Design Director DS Premium line
2008 – 2011      Executive Design Director Peugeot Citroen Shanghai China
2003 – 2008      Citroen Chief Designer
2000 – 2003      Citroen Senior Exterior Designer
1988 – 2000      Citroen Junior Interior Designer