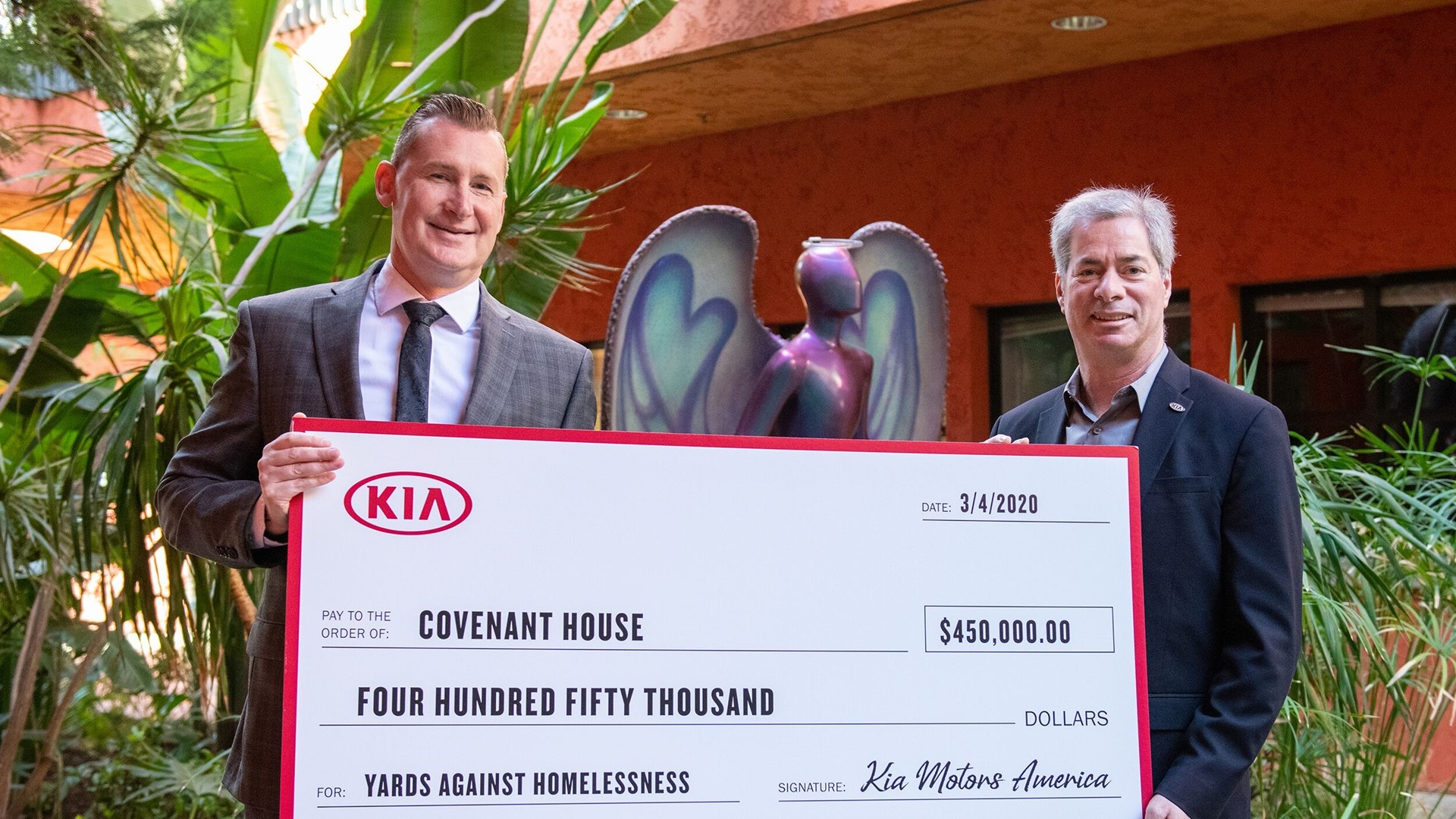 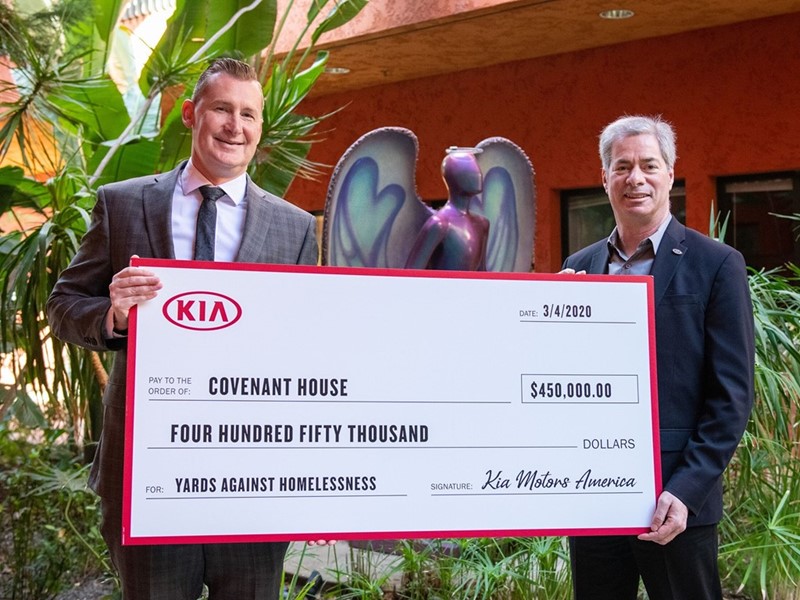 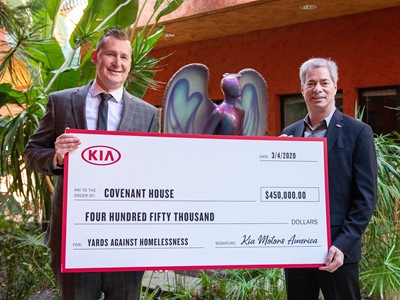 Delivering on its “Yards Against Homelessness” promise, Kia Motors America today delivered two of three planned charitable donations – totaling $1 million – to Covenant House and StandUp for Kids.  A third donation to Positive Tomorrows will be made later this month.

An extension of Kia’s “Give It Everything” brand personality, Yards Against Homelessness continued the brand’s efforts to support and elevate America’s youth by donating $1,000 for every yard gained during the Super Bowl to three organizations dedicated to ending youth homelessness. After the accumulation of 748 total yards, Kia increased the total donation amount to $1 million. The initiative was inspired by Josh Jacobs, the pro-football running back that starred in the 60-second Super Bowl spot and also experienced periods of homelessness as a child growing up in Oklahoma.

“Covenant House, StandUp for Kids and Positive Tomorrows provide empowering and life-saving services and Kia is proud to present these important organizations with the funds generated by our Yards Against Homelessness initiative,” said Russell Wager, director, marketing operations, Kia Motors America. “While one million dollars is not enough to end the issue of youth homelessness, it represents a positive step towards the solution. With the homeless youth population in the U.S. estimated at a staggering 4.2 million, it is vital that we do all we can to help end this crisis once and for all.”