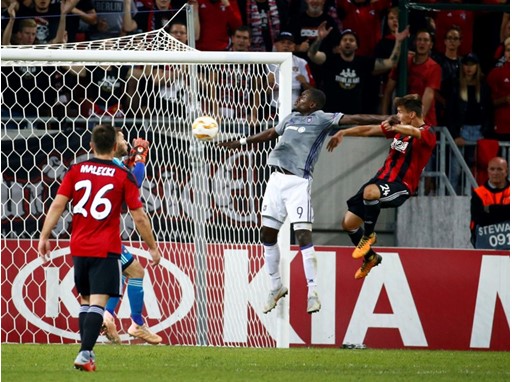 Kia Motors has kicked off its role as Official Partner of the UEFA Europa League, as the 2018-19 tournament starts today. Kia’s three-year sponsorship agreement runs through to the UEFA Europa League final in 2021, and sees the introduction of a series of new programs and initiatives to bring fans closer to the tournament than ever before.
The UEFA Europa League is the world’s largest professional club football competition, involving 48 clubs from 27 countries. A total of 205 matches will be played during the 2018-19 tournament, attracting a cumulative TV audience of around one billion fans. As an Official Partner, Kia Motors will help UEFA (Union of European Football Associations) to strengthen its engagement with fans across Europe and around the world.
For the first time, Kia’s exclusive ‘Official Match Ball Carrier’ youth program is introduced to the UEFA Europa League. The program provides the opportunity for young football fans from all over Europe, between the ages of 8 and 12 years, to participate in the pre-match ceremony for each of the 205 matches. Kia’s Official Match Ball Carriers can enjoy the once-in-a-lifetime experience of carrying the Official Match Ball out on to the pitch in front of packed stadia across the continent, leading out the referee, match officials and players.
Kia is also supporting UEFA’s online game, UEL Daily Fantasy, accessible from www.UEFA.com. Fans select players from clubs playing on that day, with each player given a rating based on their involvement in the game – such as scoring or assisting goals, saving or conceding penalties, playing for 60 minutes or more, or even receiving yellow or red cards. Fans taking part in UEL Daily Fantasy competition are ranked on a leaderboard, with each day’s top performers winning exclusive football-themed prizes.
In addition, Kia will operate on- and off-line ticket promotions for local football fans in each country. The carmaker will collaborate with UEFA in carrying out the first UEFA Europa League ‘Trophy Tour’, giving club supporters from across Europe the chance to see the iconic Trophy for themselves, and meet some of the legendary players of the game at the same time.
Kia’s role as Official Partner gives the company new opportunities to increase awareness of the Kia brand, while engaging with a huge audience of global football fans. Kia has a long history as an official sponsor to major regional and global sports events, including the FIFA World Cup, UEFA European Championship, and Copa América. Kia has also been the major sponsor of the Australian Open tennis championship every year since 2002, and sponsors athletics and sportspeople from a range of disciplines in markets around the world.
For the UEFA Europa League, Kia will supply a fleet of 90 vehicles for the 2019, 2020 and 2021 Finals. The fleet will be used to transport referees, officials, delegates and VIPs, and will support the operation of the tournament final. The 2018-19 UEFA Europa League final will be played at the Olympic Stadium in Baku, Azerbaijan on May 29, 2019.