Kia Moves Up To Third Among All Non-Premium Nameplates In J.D. Power Automotive Performance, Execution and Layout (APEAL) Study 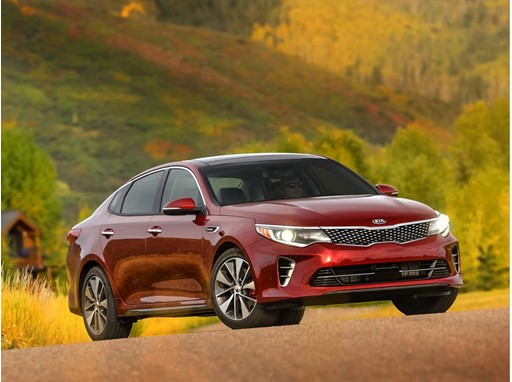 Four J.D. Power APEAL Awards Marks the Most in Kia’s History
IRVINE, Calif., July 27, 2016 – Kia Motors has earned its most-ever J.D. Power Automotive Performance, Execution and Layout (APEAL) awards with the Optima, Sorento, Sedona and Soul, all garnering awards in their respective segments.  The quadruple award win has moved Kia to third in the industry among Non-Premium Nameplates, according to J.D. Power, propelling the brand up from seventh place in 2015.  The announcement follows on the heels of Kia Motors recently being ranked highest in the industry in the J.D. Power Initial Quality Study (IQS).
“Customers want vehicles they’re proud to drive, and Kia earning four J.D. Power APEAL awards, a record for the brand, reflects our global focus of placing our customers first,” said Orth Hedrick, vice president, product planning, Kia Motors America.  “Buyers today are smarter than ever and are looking for vehicles that offer a superior combination of design, technology, safety and premium amenities. The Optima, Sorento, Sedona and Soul are prime examples of these important attributes as more people discover the new Kia and its world-class model line every day.”
The Optima and Sorento, both built at Kia Motors Manufacturing Georgia (KMMG), beat tough competition in their respective segments, with Optima performing a substantial 25 points above the segment average.  The Sorento bested offerings from strong competition in the hotly contested midsize SUV segment.  In the Minivan category, the Sedona beat segment rivals and 2016 marks the second consecutive year Kia’s highly regarded people mover scores an APEAL award.  The Soul, a long-running favorite among consumers looking to stand out from the crowd, garnered its fourth APEAL award (2012, 2013, 2014, 2016), making it the vehicle with the most APEAL accolades in Kia’s lineup of award-winning vehicles.
The J.D. Power APEAL study measures new-vehicle owners’ overall satisfaction with their vehicles in the first 90 days of ownership.  The results are divided into 10 categories and weighted accordingly: exterior, interior, storage, audio, seats, heating and ventilation, driving dynamics, powertrain, visibility, and fuel economy.