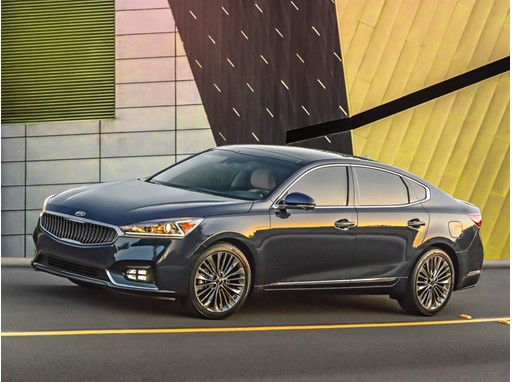 -    Kia Telluride Concept and new Cadenza sedan receive design prizes in
2016 GOOD DESIGN ‘Transportation’ category
-    Independent jury recognizes strength of Kia design for seven years in a row
Kia Motors has won two 2016 GOOD DESIGN awards, for the Telluride Concept and the production Cadenza sedan, in the program’s ‘Transportation’ category.
This is the seventh consecutive year in which the Korean manufacturer has received GOOD DESIGN awards, which are organized annually by The Chicago Athenaeum. Previous Kia winners include the 2014 GT4 Stinger concept car, the Soul EV, and the 2016 Sorento CUV. Both the first generation and current generation Cadenza premium sedan have now been recognized by the GOOD DESIGN awards.
The GOOD DESIGN jury – comprising independent design professionals, industry specialists and design media – evaluated entrants on a range of criteria, which included innovative design, new technologies, form, materials, construction, concept, function, utility, energy efficiency, and sensitivity to the environment. Kia’s Telluride Concept and all-new Cadenza impressed judges in all areas.
Bryan Cho, Vice President of the Overseas Marketing Group at Kia Motors Corporation, commented, “The strength of Kia design has been a key driver for our international growth, attracting many new customers to our brand. This accolade underlines how far we have come and endorses our approach for taking Kia’s design in exciting new directions.”
Kia has three design centers worldwide: in Namyang, Korea; Irvine, California in the USA; and Frankfurt, Germany.
The GOOD DESIGN awards this year marked its 66th anniversary, making it one of the oldest and most influential design awards programs anywhere in the world. Established in 1950 and organized annually by The Chicago Athenaeum, the GOOD DESIGN awards program celebrates the most innovative and contemporary designs from around 50 nations each year. In previous years the jury has honored products and designs from a wide range of industries, including the latest jet airliners, space craft, and even the paperclip.